According to C.S. Lewis, “No man would find an abiding strangeness on the Moon unless he were the sort of man who could find it in his own back garden.”

My grandma began schooling me in the wonders of the back garden early, when I was just a little girl.  Among the things I looked forward to at her house were breakfasting on bananas in milk, picnicking at what I believed to be the world’s biggest park, and rocking together in front of her picture window at day’s end.

What I anticipated most, though, were the looking walks. 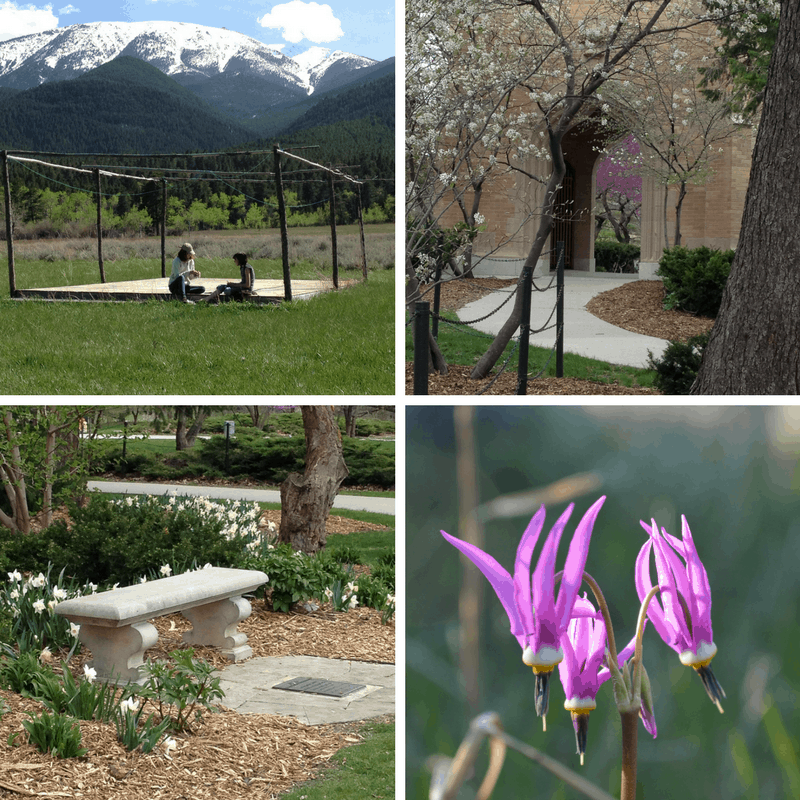 They began with a book, one about a child and a grownup who went out into their neighborhood to see what they could see. It was, appropriately enough, titled The Looking Walk. It wasn’t a literary masterpiece. It was a tale of attention. After she read it to me, my grandma and I would walk out her front door, down the cement steps, and into her neighborhood to see what we could see.

We took a looking walk of our own, and while that sounds simple, it wasn’t an easy thing for her. A bout of rheumatic fever in midlife left her with rheumatoid arthritis. With her deformed feet and stiff joints, a walk around the block was a slow undertaking. And between my short legs and her labored steps, it was a long journey. But pace wasn’t the point. Neither was distance. She wasn’t teaching me to exercise my body. She was showing me how to pay attention, to see that “abiding strangeness” in ordinary things—things like the flowers of the field and the birds of the air.

And while our finds were far from earth-shattering, the practice of looking was life-shaping.

Now that I’m grown, when I notice something in the natural world, I sometimes think back to those looking walks. Grandma may have approached life with a deficit when it came to strength and stamina, but she must have had the habit of attention. She certainly sparked mine.

Back in February I shared on a Facebook Live video (watch here) about the space-creating effect that time outside has on my mind—and therefore my heart and soul. It’s outside when there All The Thoughts slow down and I can better hear that vital, still, small voice. I know this to be true but I still struggle to get out the door.

I suspect I am not alone—both in receiving benefit from time outdoors and in struggling to get there.

With that in mind, I offer the Pondering Life Outside Spring Challenge, a collection of prompts aimed not only at helping us get out the door, but at cultivating the habit of attention, as well. Care to join me?

There are two versions—one for grownups and one for grownups and kids to use together. With twenty-four activities and four free spaces, it sets the stage for forays into the outdoors—sometimes to ponder, sometimes just to see what’s there to be seen. Most can be accomplished in five to ten minutes , although a few will take a little longer.

I put the challenge together with an eye toward freedom. Choose the day’s activity according to your mood, your schedule, or the weather. It can be completed in twenty-eight consecutive days or over the course of the season. I know they say it takes twenty-one days to make a habit. I’ve found that intentional scheduling can create a longevity of its own.

I hope you join me. Let me know how it goes.

Linking at Lyli’s Faith and Fire and  Inspire Me Monday.

3 thoughts on “Pondering Life Outside Challenge”