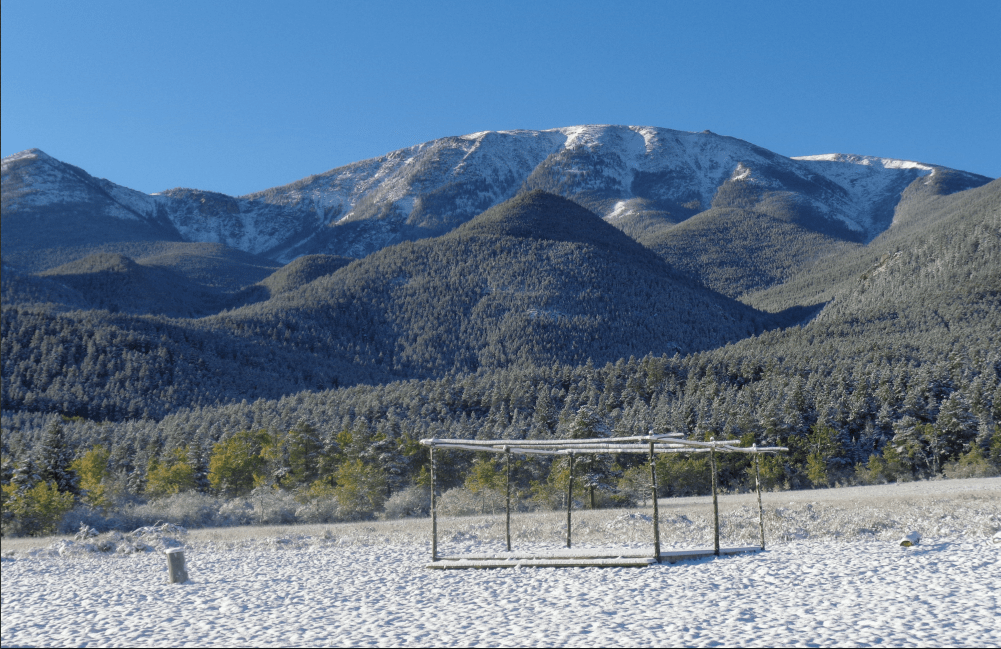 Out west, our family sometimes stays in a cabin on a parcel of land plunked down in the middle of a national forest. There—with no cell service, no cable, and no wifi– we watch the weather unfold in the sky rather than on radar.

A couple of years back, a sunny September afternoon was overshadowed by clouds that rolled in over the Absaroka mountains, dropping rain and then snow as the temperatures plummeted. A splashy snow, it clung to everything it touched—the meadow’s tall grass, the aspen’s still-green leaves, and us. It fell through the afternoon and into the evening. As darkness descended, a movement in the distance prompted us to pick up our binoculars and search. A bull moose was plodding across the meadow, a dark shadow making his way between the hillside and the stream.

Until that moment, the only wildlife we’d spotted at the cabin had been trout and the occasional deer. We knew animals lived in the surrounding woods, of course. The cans of bear spray lined up on top of the refrigerator and three spotting scopes stationed by the windows silently testified to that. We’d just never seen them.

We went to bed, content with the falling snow and the company of the moose.

Morning brought a cloudless sky and a balmy breeze and we left the house to explore. Fresh tracks in the snow revealed that the moose had not been the only wildlife to pass by in the night. A rabbit had wandered around on the deck. A pair of deer had meandered across the dance floor in the meadow. A coyote had preceded us down the driveway between the cabin and the road.

The snow revealed their presence. Click to read the full essay at Kindred Mom.