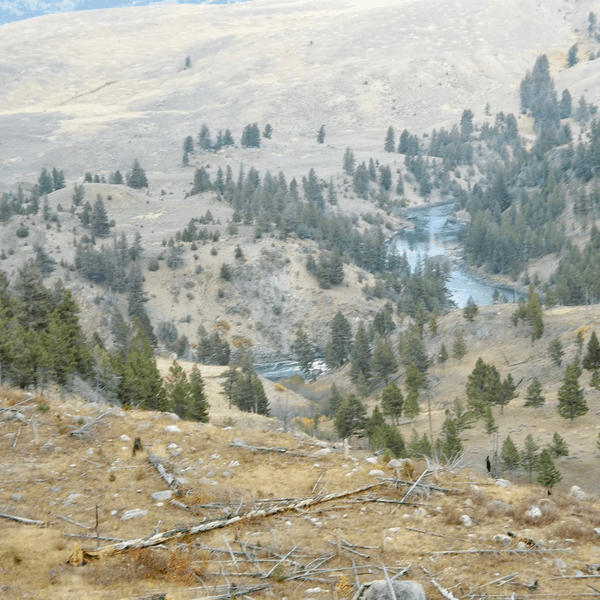 One evening, toward the end of my shift at the Old Faithful Inn gift shop, I saw a woman circling the front of the store, searching. When I approached her to offer assistance, she turned and said, “Where do you keep the food for the animals?”

Food for the animals? I was shocked that anyone would say the words out loud. The park code was clear: Do Not Feed the Animals.

“Feeding the animals is against park regulations,” I told her, probably apologetically.

“Oh,” she said. “My little boy wanted to feed the chipmunks.”

Of course he did. They’re tiny. They’re adorable. And the way the bold ones at Gibbon Falls run right up to you if you sit down on a rock? They’re practically irresistible.

I was eighteen and it hadn’t been that many years since my brother and I had fed chipmunks in a different national park. I caved.

I’d done it. I’d aided and abetted. And I regretted it before the woman was even out of the store.

Feeding the animals seems harmless enough, especially with small ones like chipmunks or docile ones like deer. But national park animals are wild. Feeding them is dangerous. It’s hazardous for them. And potentially perilous for the people who feed them.

Twenty years after I suggested corn nuts to the woman in the gift shop, my husband and I were in the Hellroaring Trail parking area in Yellowstone. Away from the road and nestled among the trees, the gravel lot gave the sense of solitude we want from the wilderness. Our destination was the confluence of the Yellowstone River and Hellroaring Creek. To get there, we would travel through thick, sheltering pines down a steep, switchbacked trail, through rolling, open terrain, and even over a canyon-spanning suspension bridge in the wilderness. 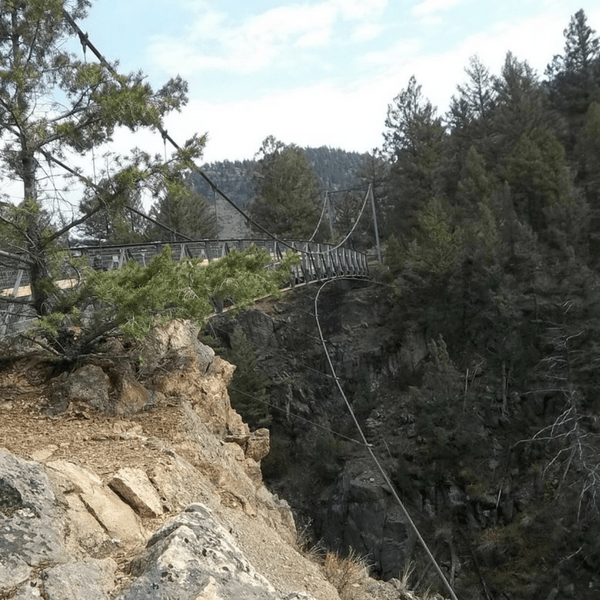 But before we set off, we had to gather our gear. My husband planned to fish at the confluence, which meant that—along with all the usuals like food and water—there was not only a fly rod, a vest, and a net for him, there were books, paints, and a Crazy Creek chair for me. So there we were, just the two of us and a couple of unattended vehicles in a secluded parking lot, him getting equipment from the back of the van and me gathering supplies from the front. That’s when I saw them—two mule deer, a male and a female, probably yearlings—standing together on a slope at the edge of the parking lot.

I pointed them out to J, and we watched them watch  us for a little while before turning back to our work. Within a few minutes, I heard something from the back of the van. The female had come down from her place on the hill and was standing next to J, her neck stretched into the interior, inspecting the contents of our vehicle. When J shooed her away she moved back, but not far. Her companion remained in place above, watching. Once again, J and I returned to our work, but it wasn’t long before I heard him shoo her off again. She left, but she couldn’t stay away. When she came back the third time, J shut the hatch.

Undeterred, she simply switched her mark. She came to my door, shoved me aside and started nosing at my pack. I pushed back with my leg and shooed her away. Either she hadn’t found what she was looking for or she sensed the inevitability of defeat, because she strode silently away and resumed her place next to the male, and–after regarding us a while longer–they moved on.

It was when they walked away that I noticed their ribs.

It was early September, the end of summer and all its abundance. I shouldn’t have seen their ribs at all. The deer should have been plump, with reserves to sustain them through the coming season of scarcity. It looked unlikely that these two would survive the winter.

They were starving when they should have been thriving.

While there could have been other factors involved, things such as disease or inadequate browsing material, I think these two had been fed. No normal deer would have come so close to us. These deer had become habituated to humans. They’d lost their instinctive fear of man and their taste for the food that was right for them.

This is why we don’t feed the animals.

According to dictionary.cambridge.org, habituation is the “process of people or animals becoming used to something, so they no longer find it unpleasant or think it is a threat.” Habituation is as possible for people like you and me as it is for wildlife like chipmunks and deer. A process, it takes place over time and, apparently, it isn’t harmless.

I think about that pair sometimes—standing together on the hillside, both starving, him watching from a distance, her begging up close—and I know their shriveled bodies bear a message that goes beyond whether or not we should feed the animals, one that rings with the possibility of our own habituation. Because, sometimes, we approach what conscience and wisdom warn us to stay away from. We nose around in places that have nothing to offer. We feed our minds on the wrong things rather than setting them on the right ones. And we’re puzzled when we find ourselves anemic and insatiable, starving in the midst of plenty.

Those deer didn’t utter a sound in our presence but they told a lingering tale. They whispered a reminder to attend to the state of the heart—and the soul, the mind and the body. And they gave a silent sermon about the importance of remembering who we are, whose we are, and what we were made for.