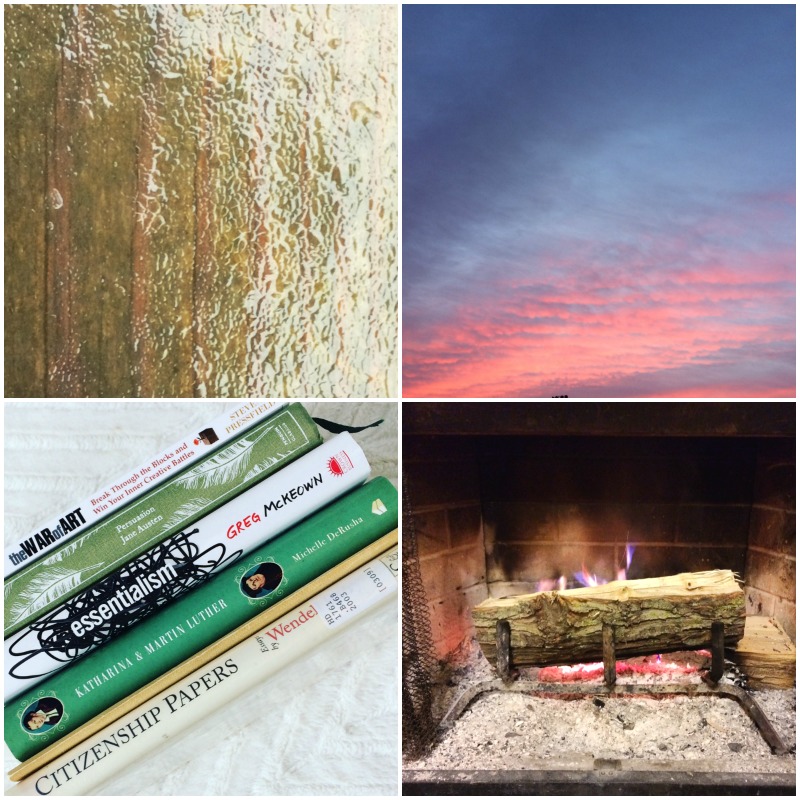 The bleak midwinter, Christina Rossetti called it. And while her poem is lovely, living with continual strings of short, cold, sunless days is not.

I believe that there is a time for everything, even bleak days. And yet. It’s at such times when my practice of pausing occasionally to ponder the path, to take stock of each season’s gifts and graces saves me from giving in to cabin fever and its ilk. Winter’s good graces are less obvious than those of the more temperate seasons. I find it’s possible to uncover them, though, when I’m intentional about looking.

Here, at winter’s midpoint, is a list of some of the gifts and graces currently keeping me sane, reminding me to be grateful, saving my life in the little ways that matter.

What gifts and graces are making a difference in your life this winter?

Joining the conversations at Modern Mrs. Darcy and 3-D Lessons for Life.